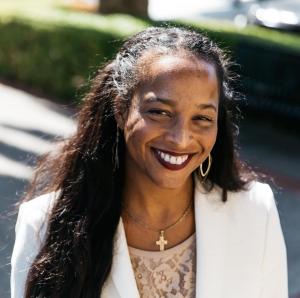 A 25-year executive in California public and private higher education, Dr. Mary J. Wardell is an educator, author, and thought leader on implementing equitable strategies and solutions. She is a nationally recognized diversity and inclusion expert who understands the unique duty of leaders to advance inclusivity, social justice, and love within their organizations. Dr. Wardell has served as the inaugural chief diversity officer at the University of San Francisco (USF) since 2011 and is the Vice Provost for Diversity and Community Engagement.  She teaches Leadership, Organizations, and Diversity Studies in the USF School of Education and School of Management and served as the USF Dean of Students from 2008-2011. During this time, she co-founded with student activists the Gender and Sexuality Student Resources Center at the University of San Francisco.

Mary received the Most Influential Woman award by the San Francisco Business Times in 2017 and won the 2018 Human Rights award by the Committee on the Elimination of Discrimination Against Women (CEDAW) and the 2015 San Francisco Human Rights Commission Hero Award. She is the Founder of Latinas in Leadership, an empowerment conference and leadership movement for emerging Chicanx-Latinx leaders.

She received a doctorate from Pepperdine’s Graduate School of Education and Psychology; a master’s degree in cross cultural counseling and social justice education from San Diego State University, and a bachelor’s degree in communications from the University of the Pacific. During the Great Migration, her parents journeyed from Arkansas and Texas to the south-side of Stockton, California where she was born and reared.  She resides in San Francisco and Stockton with her husband and daughters. Twice as Good: Leadership and Power for Women of Color, is her first book. 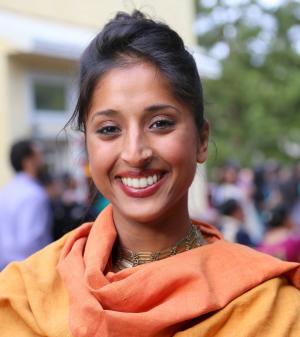 Prior to her move to the Bay Area in 2014, Ria was an Interim Assistant Dean for Douglass Residential College. In her position, she developed women's leadership, global engagement, and wellness programs for the college's undergraduate population. Until 2011, she was a Program Assistant for the Center for Women's Global Leadership, where she had begun as an undergraduate volunteer.

Ria earned her doctorate from USF in the department of International and Multicultural Education. She teaches kathak with Chhandam School of Kathak and is an ensemble dancer with The Leela Dance Collective. 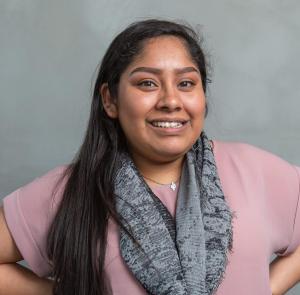 As the daughter of immigrant parents from Oaxaca, Mexico, Gladys A. Perez is a proud Bay Area native, first-generation college graduate, and artist.

After completing her Bachelor’s in Sociology at USF, Gladys joined the administrative staff of the College of Arts & Sciences in 2015 where she helped foster community among faculty and students through supporting Latinx academic programs and events. Since then she has remained heavily involved in the university by serving as the staff advisor for the student club Latinas Unidas, being an active member of the Task Force for Undocumented Students, and providing support as a Process Advocate for the Bias Education and Resource Team (BERT).

A double-Don, Gladys completed her MA in International & Multicultural Education in the School of Education where her research interest included immigration, (counter) storytelling, and creative writing. She hopes to continue her work in higher education to help students explore their experiences through creative writing in order to create a more inclusive university community. Outside of USF, she pursues creative writing and painting to honor her immigrant and indigenous roots. 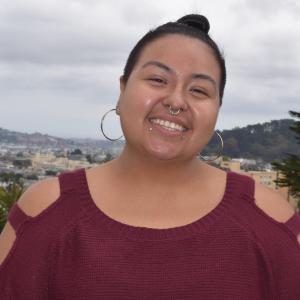 Joanna Villegas is a scholar, educator, poet and performance artist existing loudly as a self-identified fat femme queer non-binary xicana. They are a transfer and first-generation scholar, child of Mexican immigrant parents, born and raised in Barrio Logan in San Diego, Ca. Joanna earned a Bachelor of Arts in English and Chican[x] Studies from the University of California, Davis in 2013. From 2014-2018 Joanna served as an advocate for LGBTQIA+ Issues with the UC Davis Lesbian Gay Bisexual Transgender Queer Intersex Asexual Resource Center. Joanna is currently a graduate scholar at USF in the School of Education, Higher Education and Student Affairs program. Joanna is committed to social equity and holistic education that celebrates and centers the identities, experiences, and hxstory of underserved, underrepresented, and marginalized peoples in our communities. 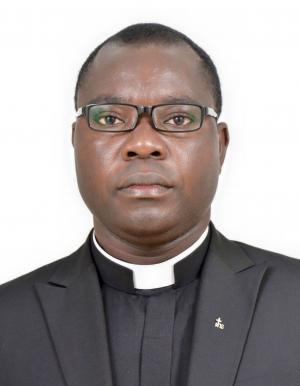 Rodrigue Ntungu, S.J., LLM was born in the Democratic Republic of Congo (DRC). In 2000, he joined the Society of Jesus (Jesuits) in Central Africa Province (DRC and Angola). After his first studies (BA in Philosophy) followed by the apostolic work (Latin teacher) in the DRC, Rodrigue pursued legal studies (LLB and LLM, Civil Law System) in Business Law in Yaoundé, Cameroon. From 2012 to 2015, he attended Hekima University College in Nairobi (Kenya) for a BA in Theology and was ordained to the priesthood on January 3, 2016. Meanwhile, Rodrigue served as the Secretary to the Provincial in Kinshasa before joining Boston College (2017-2019) for Sacred Theological Licentiate (STL) in Social Ethics. Currently, he is a graduate student in the USF Law School and a collaborator to the office of Diversity Engagement and Community Outreach (DECO).