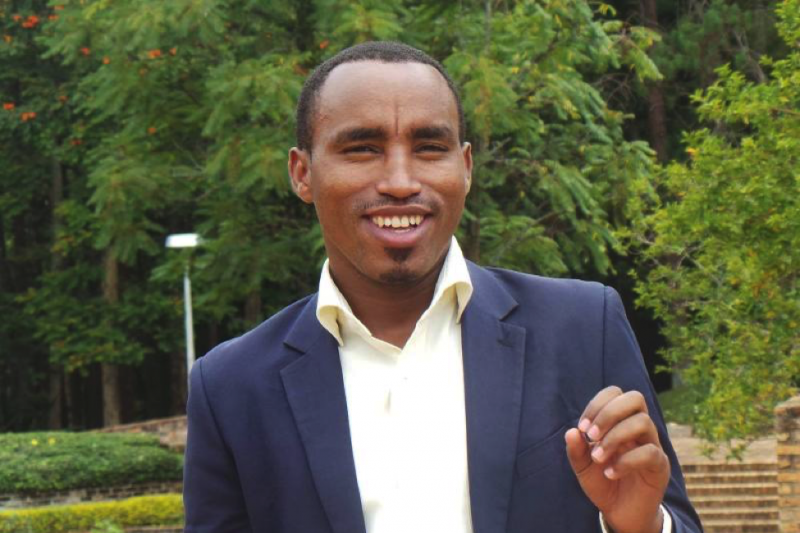 Finding the Gap of Calm: A Grounded Theory for Stress Regulation for Peace, Reconciliation, and Wellness in a Rwandan High School Post-Genocide.

I have been actively involved in various psychosocial genocide recovery process in the Rwandan post-genocide for nearly a decade. However, the Summer 2018 Peace and Wellness, a grounded theory of post-genocide culturally relevant healing and peace strategies for Rwandan high school community at Mutura High School1 in the Rwandan Western province has been one among the most Locally significant project I have ever witnessed in the country. The trust and freedom for us (cultural insiders) to decide which approach and philosophy to use during the workshops were unprecedented. There was something unique about the Arrupe Fellowship that has enabled it to distinguish from many other previous projects. It was one among the very few moments when my communities’ minds, hearts, and souls were given the most comfortable space to be brave and authentically define their needs and to be the ones with the power to identify what can help with an “outside culture” support. From various previous projects, I had learned that so much support from the outside the culture had unfortunately mostly come with specific theories, approaches, and prescribed solutions which rarely ever made an “authentic” difference in the lives of the needy population.

Memories like back in the days when I was offered a bucket of Clay for what helpers called “Clay Therapy” while I needed food to survive a day and many more scenarios pushed me to avoid the same mistakes. I offered both the students’ group (24 students aged 18-22 years) and the teacher’s group (11 teachers aged 30-55 years), the opportunity to safely, bravely, and authentically play the role of the experts.

The Arrupe fellowship offered me a very comfortable room that helped me facilitating conversations that was not just limited to the “data collection” but also inspired opportunities for the high school students to initiate Chicken/Rabbit/Friend-Week project that will benefit them and their communities. Without the Fellowship, the students’ ideas could have only existed in their imaginations. 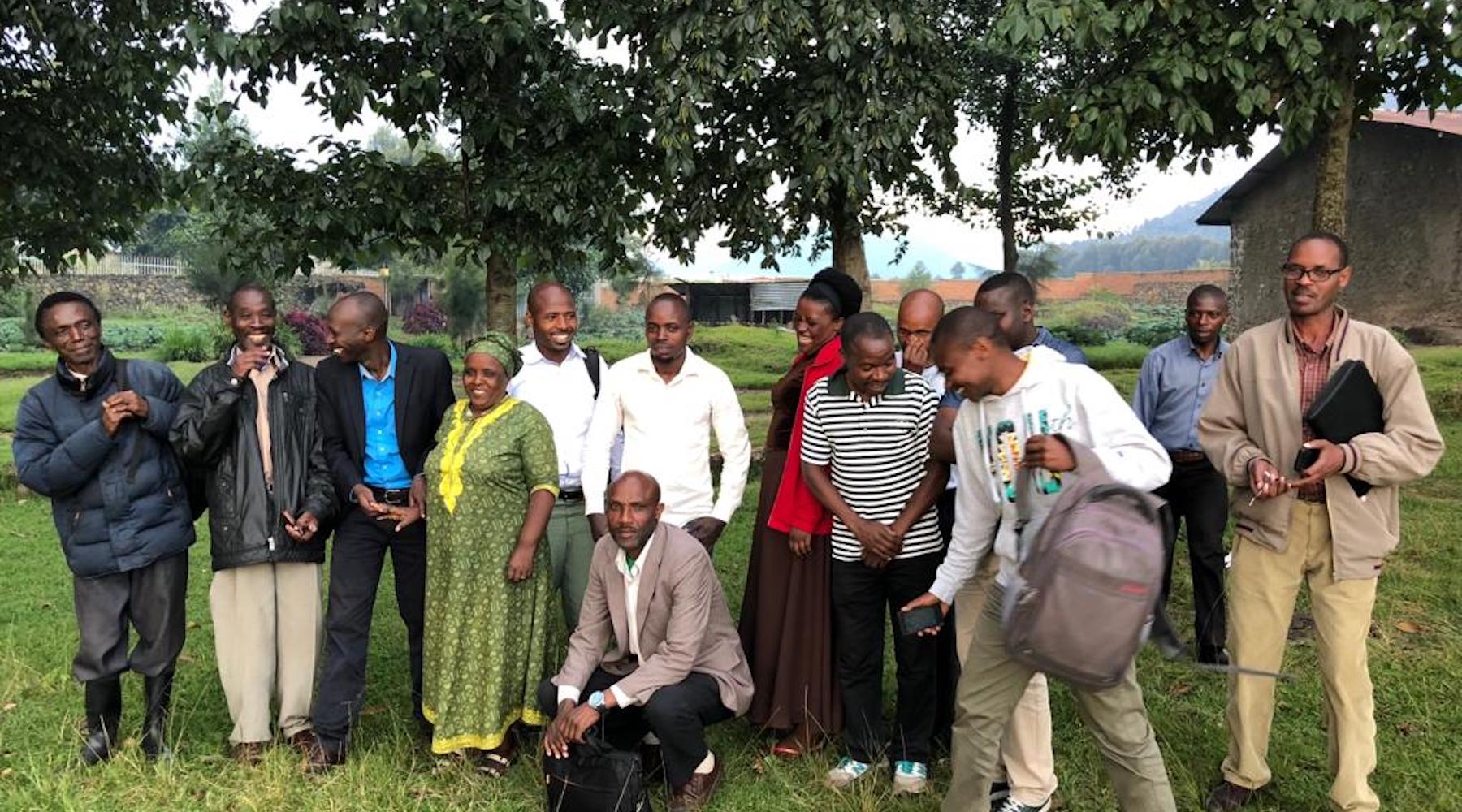 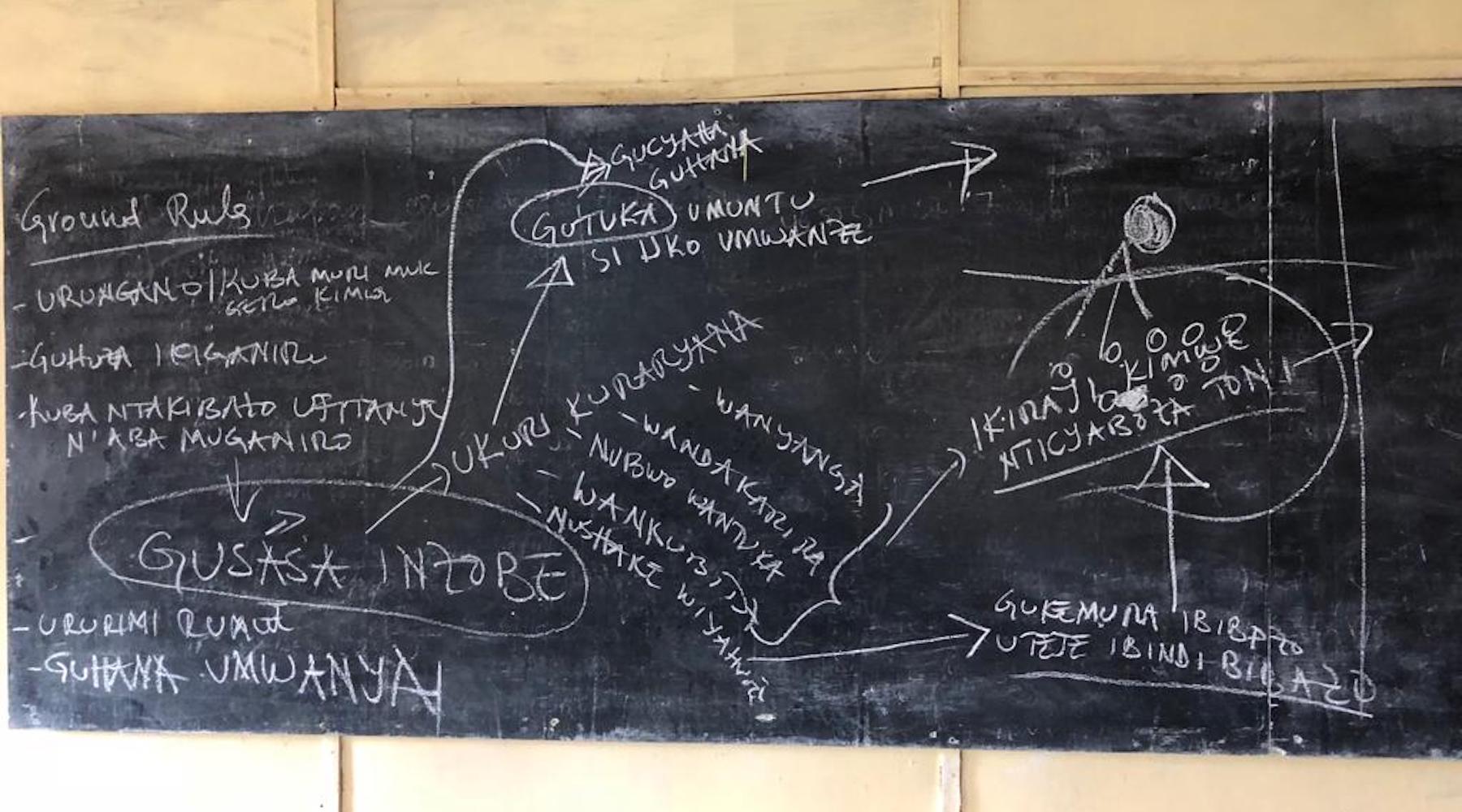 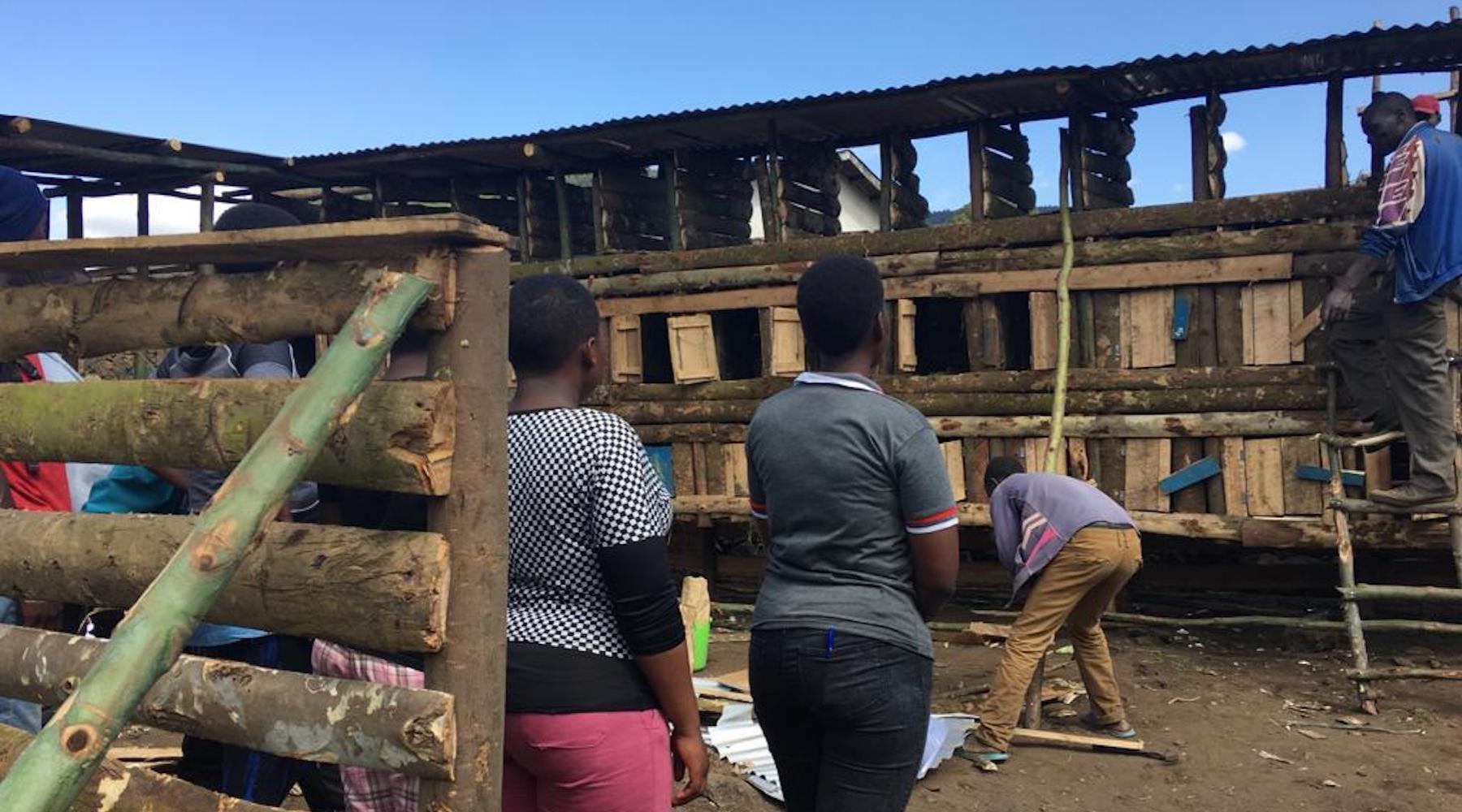 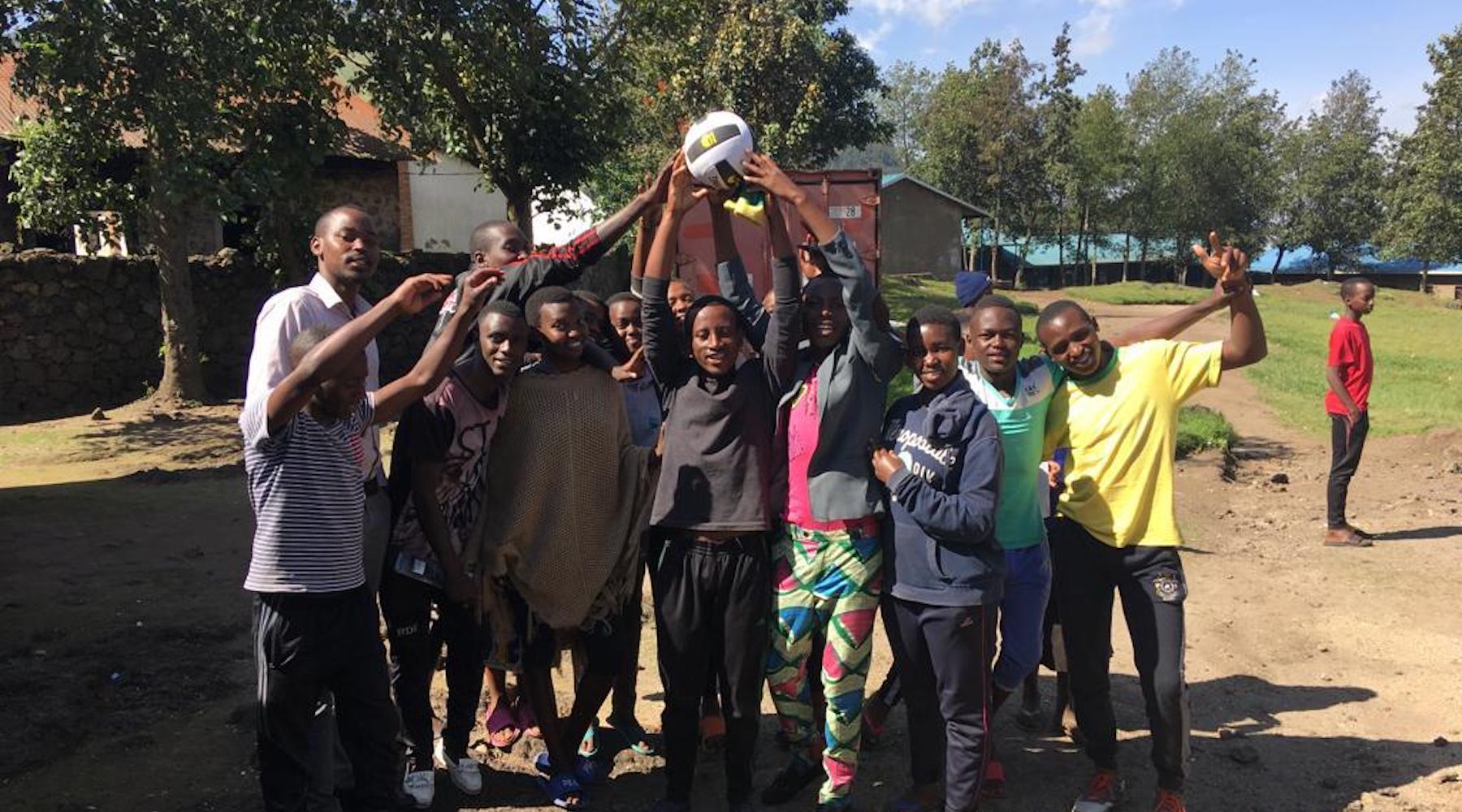 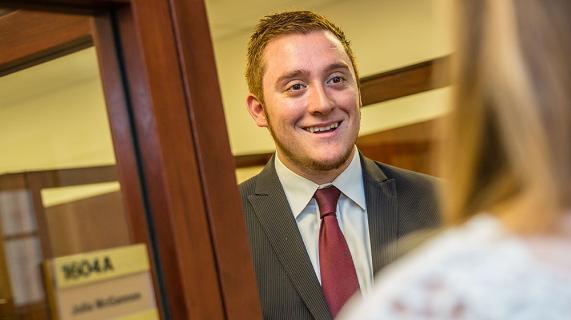 After initially studying abroad with seven other members of my cohort at la Universidad Iberoamericana in Mexico City, I was able to continue my time in Mexico through USF’s Arrupe Fellowship Fund, which gave me the financial support to develop my research as a Migration & Human Rights Intern at the Instituto de Derechos Humanos Ignacio Ellacuría, S.J. (IDHIE) in Cholula, Puebla.

Upon my arrival to Puebla in early June, I quickly learned about the significance of the state’s geographic location in Eastern Central Mexico. Bordering the states of Veracruz and Oaxaca, one of the main responsibilities of the IDHIE team is to analyze human rights abuses against migrants who cross Mexico’s southern border with Guatemala and Belize. Born and raised in Phoenix, Arizona, I know firsthand that conversations on immigration in the U.S. are primarily focused on relations along the U.S-Mexico border. But what people often forget to consider is the United States’ historical methods of intervention, depleting and destroying communities worldwide and ultimately creating push factors for migrants to come to the U.S. after fleeing violence and turmoil in their home countries.

As a part of the migration team within the IDHIE, I assisted by analyzing and recording data from a series of interviews of majority Central American migrants who were detained in Mexican migration centers in Puebla and Tlaxcala. Mexican detention of unauthorized migrants is not a new practice. But it has dramatically increased over the last few years. Beyond my participation in assisting with the migration research team, perhaps my day-to-day conversations with others in the IDHIE were the most impactful. As a U.S. citizen living abroad during the Trump administration, countless faculty and staff members at the university and within the greater Cholula community regularly asked me what was occurring in the U.S. as far as family separation at the border and how it could be justified. While it is common knowledge that the current U.S. administration has little regard for upholding the rights of refugees and asylum seekers, what I witnessed this summer was the Mexican government also completely ignore its responsibilities.

In honor of this lifelong commitment, the IDHIE lives out Ellacuria’s legacy by working to defend the rights of the most vulnerable across Mexico, with a specific focus on the states of Puebla and Tlaxcala. Among other areas, the IDHIE advocates and focuses on migration, the treatment, and trafficking of persons, women’s rights, children’s rights, and the rights of indigenous communities.

I remain convinced that our entire world, but especially the U.S. and Mexico, would be much better off if we listened and responded justly to the unnecessary pain and suffering of people that leaders like Ellacuría spent a lifetime defending.