Unique and Exclusive Opportunity for all Graduate Students.

Immerse yourself in Social Justice Issues in the depths of the Amazon Rainforest. Learn firsthand from communities fighting for indigenous rights and environmental justice.

The Amazonian forest price tag: trade benefits vs environment and human rights
Indigenous leaders called on the European Union to not grant bigger access to its agricultural market until Brazilian president Bolsonaro refrains from deforesting the Amazonian rainforest and cutting back indigenous rights. The EU has a responsibility to preserve the environment for future generations.

Brazil's new president targets Amazon rainforest, Indigenous peoples.
On his first day in office, Brazil’s recently elected President Jair Bolsonaro — sometimes called the Trump of the Tropics — shifted regulation of Indigenous lands in the Amazon rainforest to the Ministry of Agriculture, an agency known to favor development over sustainability and Indigenous rights.

Five positive environmental stories for Colombia in this 2018
Colombia is one of the most biodiverse countries on the planet. Therefore, it is the scene of intense struggles to conserve its extensive forests, its water sources and its impressive fauna, both from civil society initiatives and from government programs. Thanks to scientists and activists we owe important victories to the forces of deforestation.

The Divergent guide of the Colombian environmental movement
We have all proudly said that Colombia is the most biodiverse country in the world. The precise fact, in fact, is that we are the second, right after Brazil. According to the compilation of the studies center for social justice Tierra Digna , we Colombians have the largest variety of types of birds, the second place in plants, amphibians and freshwater fish, the third in reptiles and the fourth in mammals. In addition, the territory spans 32 terrestrial biomes and 311 types of continental and coastal ecosystems. And as if that were not enough, the land of the Sacred Heart has 53 percent of the continental territory in natural forests and 2 percent in páramos, which contribute 70 percent of the water consumed by the Colombian population.

Leticia for Tourists: Imaginaries, Narratives and Representations of an Amazon City

(article in spanish can be read in english with google translate)
Leticia is a Colombian city on the Amazon River, consolidated as a jungle tourist destination. This city can be viewed from three narrative perspectives: the “nationalist”, the “wild” and the “eco-adventure”. I suggest that the “performance” of the city to support the last narrative perspective is generating a deep symbolic transformation in urban monuments, from nationalist imagery to tourism related imagery. This city produced by and for tourism and the “enjoyment of the Amazon” is highly exclusionary. The hotel architecture communicates that the city enjoyed by tourists is denied to its inhabitants, producing an urbs that denies the polis and civitas dimensions of the city.

Join us for our Pre-Immersion Movie Night! We will be watching the embrace of the serpent and engaging in conversation. 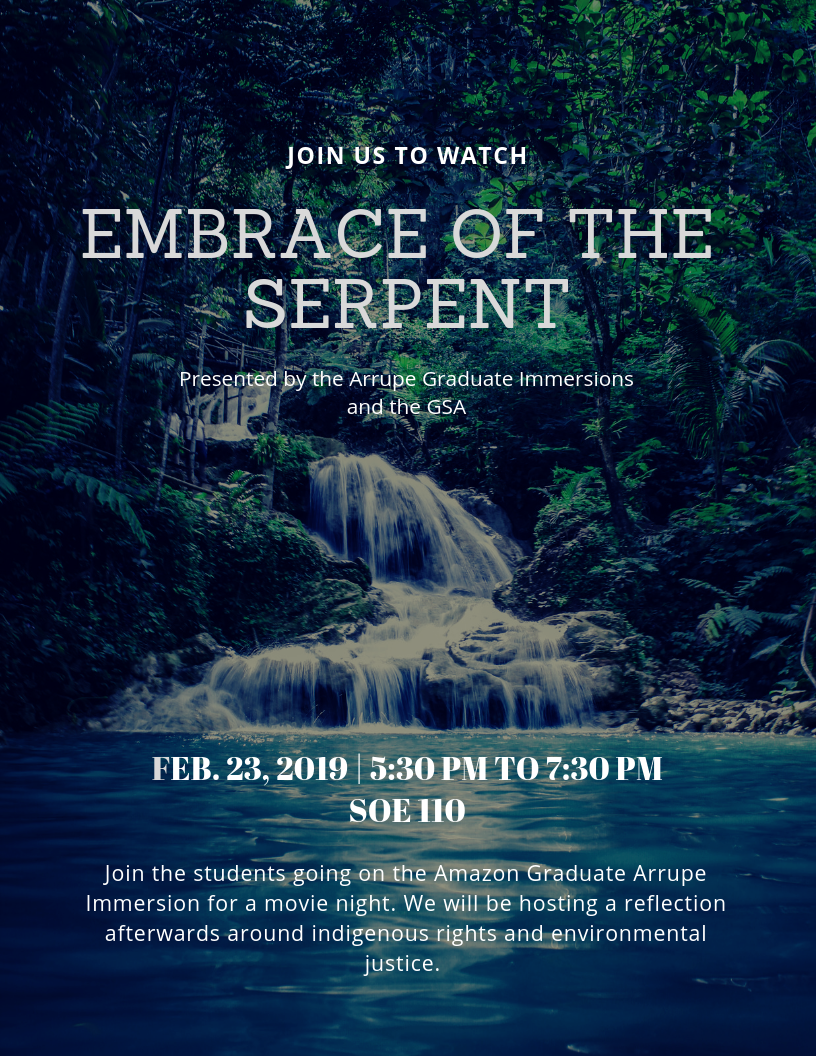