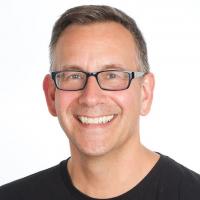 Peter Novak is a co-founder of the Performing Arts and Social Justice (PASJ) program at USF and teaches a wide range of courses, from Shakespeare to Theater and Social History from Voice for Performance to Gender, Sexuality, and Theater. He also directs plays for the PASJ department's mainstage productions. He graduated with a BA from Marquette University in Theater, and holds an MFA in Acting from the American Conservatory Theater, an MA in English from Loyola University Chicago, and a doctorate in Dramaturgy and Dramatic Criticism from Yale University where he also served as the Dean of Trumbull College. He served in the USF administration as the Associate Dean of Arts and Humanities and the Vice Provost of Student Life. As an administrator, he developed a national curriculum on alcohol and sexual violence prevention used in thousands of universities across the country and is an advisory board member for Callisto, a project that uses technology to combat sexual assault, empower survivors, and advance justice.

His academic research focuses on unconscious bias towards accented speech, advocacy and accessibility in the arts, and Shakespeare in American Sign Language. His articles and DVDs are published by Cambridge University Press, Palgrave, and Gallaudet University Press. Professor Novak is also a sought after presentation coach where he has developed curricula for technology companies throughout Silicon Valley. 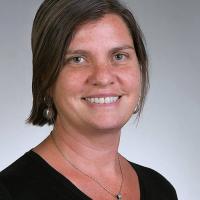 Dr. Keally McBride joined the Politics department in Fall 2007. She received her graduate degrees at University of California at Berkeley with a focus in political theory, and is happy to be back in the Bay Area after teaching at Cornell University, Tulane, Temple, and the University of Pennsylvania. She has published three books, Collective Dreams: Political Imagination and Community, Punishment and Political Order, and with Margaret Kohn, Political Theories of Decolonization: Postcolonialism and the Problem of Foundations. In summer 2016, Oxford University Press will publish Mr. Mothercountry: Colonialism and the Rule of Law.

Her current research is focused on the sharing and solidarity economies in the Bay Area, and understanding how different economic practices are evolving locally.

Register to vote, be prepared, and make your voice heard in the 2020 Election