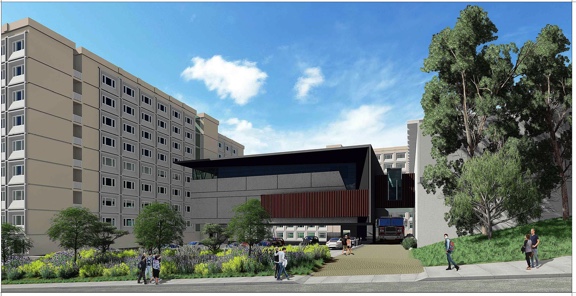 Construction on a new athletic practice facility at USF is underway. The Malloy Athletics Practice Facility will be an elevated one-story horizontal addition to the existing War Memorial Gymnasium (WMG) building, The new building will provide expanded practice facilities for USF’s intercollegiate athletic programs, which in turn will release practice space and time slots for other USF teams and campus events in War Memorial Gym and the Sobrato Center.

Construction activity in August will center on the drilling and placement of the structure’s micropiles and foundations.