The USF Institute for Nonviolence and Social Justice established the annual Clarence B. Jones Award for Kingian Nonviolence to honor and give public recognition to the life's work and social impact of a major activist, scholar, or artist who in his or her life has carried forward the principles and methods of nonviolence in the tradition of Mahatma Gandhi, Dr. Martin Luther King, Jr. and Dr. King's colleagues in the Black Freedom Movement of the United States of the 1950s and 1960s. The Award is named after Dr. Clarence B. Jones, Founding Director Emeritus of the USF Institute for Nonviolence and Social Justice, whose vision and experience of social change is rooted in the deep relationship of trust, counsel, and friendship Dr. Jones had with his beloved mentor, Rev. Martin Luther King, Jr. 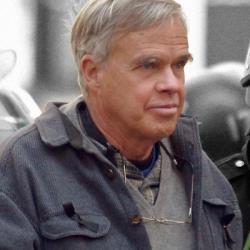 David Hartsough has led a truly exemplary life dedicated to nonviolence and peace, with enormous influence and impact on the world.

At the encouragement of Black Freedom Movement icon Bayard Rustin, Hartsough enrolled at Howard University, one of the few white students among his classmates, and he soon became a leader in Howard's lunch counter sit-in movement, receiving inspiration from Dr. King's regular sermons at the Howard University Chapel. Hartsough was involved in the Poor People's Campaign after Dr. King's assassination. He became involved in the movement against the Vietnam War, and he never let up in nonviolent activism: in the USSR, Kosovo, Palestine, Sri Lanka, the Philippines, facing down death squads in Central America, organizing to abolish nuclear weapons. He was jailed countless times for nonviolent activism for peace and social justice. A committed Quaker, he was an engaged participant and leader in the American Friends Service Committee and Fellowship of Reconciliation throughout his life.

David Hartsough was honored on Thursday, August 26, 2021, via Zoom. 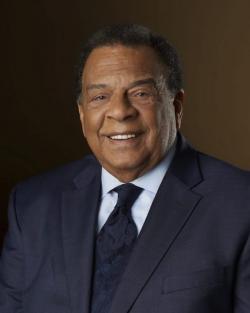 Ambassador Andrew Young’s humanitarian efforts and influence have spanned the globe.  From his beginnings as an ordained minister and top aide to Dr. Martin Luther King Jr. during the civil rights movement to his current position as founding principal and chair of GoodWorks International, an organization that embraces his long-held mission of facilitating economic development in the Caribbean and Africa, Ambassador Young has dedicated himself to improving the lives of all people, particularly those in Africa and the Diaspora.

His good works have taken him to more than 150 countries, including 48 of 53 countries in Africa.  Through his leadership, countries throughout the world have created a successful model that combines religion, education, democracy and free enterprise in ways that support the public good.