Situated on the crest of a hill, Lone Mountain North overlooks the USF campus and offers students spectacular views of the surrounding areas, including the Golden Gate Bridge, Marin Headlands, and Farallon Islands. 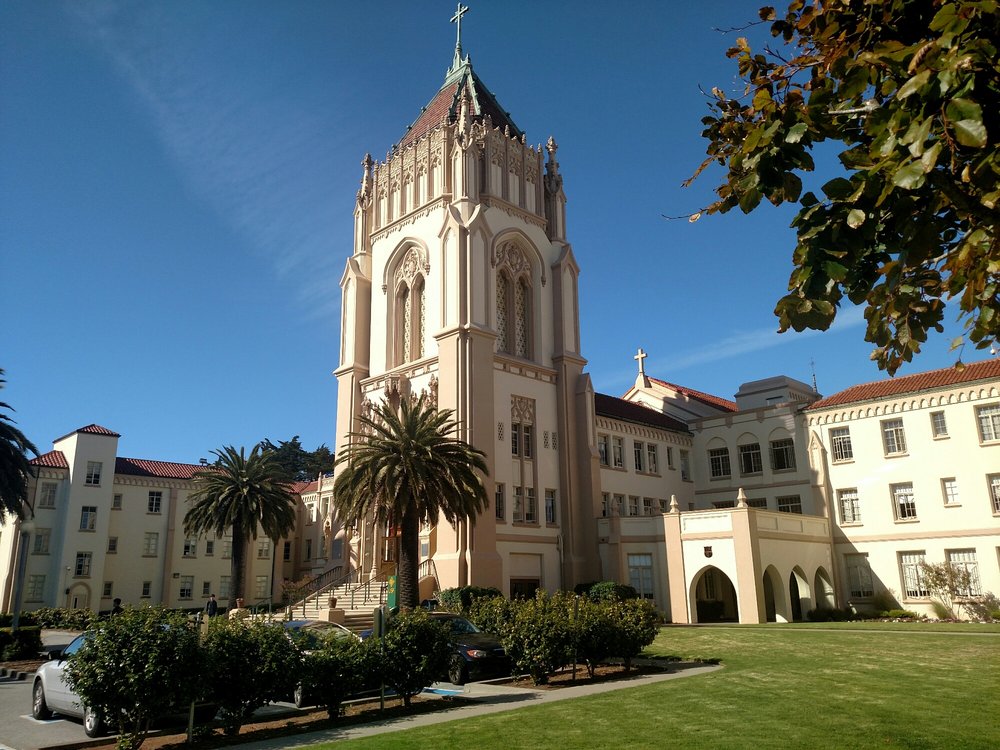 *Please note: Pacific Wing will be offline during the 2021-2022 academic year. During this period of time, no students will be housed in Pacific Wing.

Originally purchased in 1860 by Joseph Alemany, the first archbishop of San Francisco, the grounds of Lone Mountain were developed into a cemetery. By 1930, the buried bodies were removed to other cemeteries and the land was acquired by an order of Catholic nuns, the Religious of the Sacred Heart, who contracted the construction of the Spanish Gothic building and Spanish Steps that exist today. This structure was completed in 1932 and became the San Francisco College for Women, which provided college education for women until 1969. In that year, the college became co-educational and changed its name to Lone Mountain College. Facing financial problems, Lone Mountain College closed in 1978 and was purchased by USF, marking a significant expansion of the USF campus.

View University of San Francisco in a larger map