Change the World From Here Institute

The McGrath Scholars of the Change the World From Here Institute was created to develop critically aware and goal-oriented system thinkers who are motivated to change their communities for the common good.

The program will facilitate and nurture leaders who practice cooperative, collaborative and inclusive leadership; engage in both courageous and compassionate action; cultivate changes in values by re-framing and reinterpreting situations, and practice contemplative self-reflection.

The McGrath Scholars Program is an opportunity for students to enroll in a unique, 2-credit leadership course and join an exceptional cohort of peers, further enhance their skills, and engage in an experiential project.

The McGrath Scholars complete a two-credit leadership course (USF 300) that approaches leadership through the holistic development of the student via academic lessons, skills and engagement taught through a leadership retreat, and leadership mentoring through peer support.

USF Juniors and Seniors from all schools and colleges are welcome to apply.

All registered Juniors and Seniors enrolled in Spring 2021 will apply in Fall semester 2020. Acceptance into the program will require an essay based application and an interview with course faculty or a member of the Advisory Board. The cohort of McGrath Scholars will be limited to roughly 25 undergraduate students. In order to be selected, you must apply to be considered. Have a question about the program? Email us at: mcgrathscholars@usfca.edu

About the McGrath Family

The McGrath Scholars program is made possible by a generous gift from Bob and Joan McGrath. The McGrath's support USF programs that cultivate the values of integrity and ethical leadership enables courageous and compassionate change at the community level.

The McGrath’s gift includes $3 million to create the Change the World from Here Institute, which supports the McGrath Scholars program for students who show leadership potential, regardless of their academic discipline. The Institute supports each Scholar’s educational course materials (books, readings, field trips and speaker events) and retreat expenses (housing, transportation, and meals).

The McGraths greatly value Jesuit education and have a long history of leadership in business, Catholic education, and service. In 1979, Bob founded the McGrath RentCorp, which rents modular buildings, industrial liquid storage tanks, and electronic measurement equipment. He graduated from the University of Notre Dame in 1955 with a bachelor’s degree in electrical engineering.

Joan, a former nun, and native San Franciscan earned a master’s in theology at USF and later became a high school teacher. She was principal of the Sacred Heart School in Atherton, California when she met and married Bob. She then joined the McGrath Corporation as executive vice president, developing the sales team and helping to lead the company until its successful public offering.

Now retired, the McGraths are driven by their Catholic faith and intent on giving back.

“Joan and I are thrilled to help open horizons for a new generation of young people to learn to lead and experience the world,” said Bob.

“We, too, are called to change the world,” Joan said. “Now, we have the chance to nourish that desire to serve in others.”

Each cohort of McGrath Scholars is broken down into smaller teams that work together through the semester to develop a capstone project. Each project must produce a plan for a tangible outcome that benefits the common good in our city, country, or worldwide community.  Scholars are encouraged to be innovative in their project development by designing new technologies, products, or services unseen in societies. 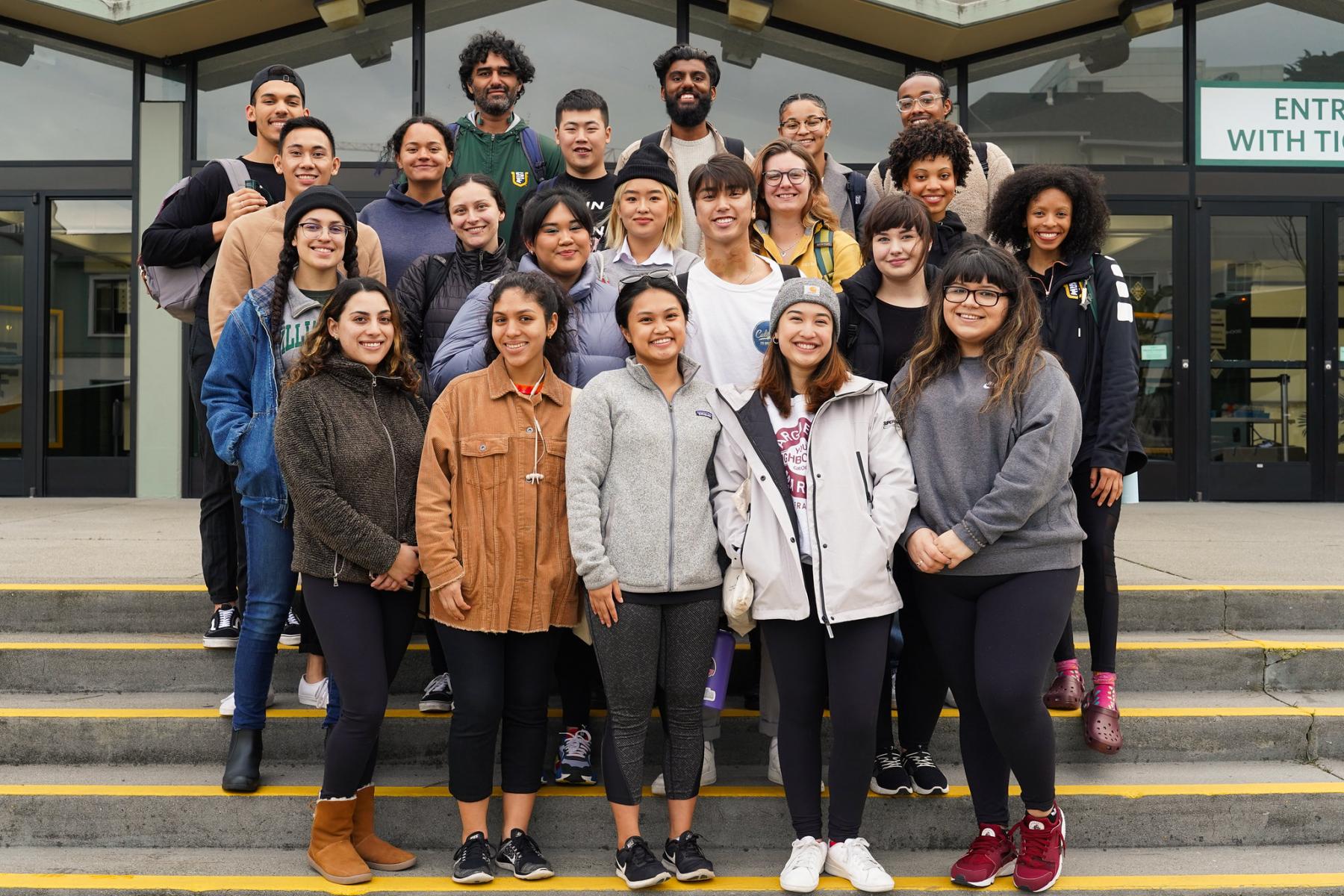 Despite a mid-semester shift in course instruction from in-person seminars to online classes due to COVID-19, these Scholars employed their resilience to continue their capstone project development. Take a look at the capstone project focuses from our 2020 McGrath Scholars as well as recordings of their presentation from our annual Capstone Project Presentations.

Team Gem plans to address the issue of teaching/informing students about sex education, specifically sexual consent, on college campuses. Beginning with USF, Team Gem hopes to shift how college students engage in conversations around sexual consent through the use of social media platforms, workshops, and curriculum integrated into the classroom.

In today's society, it is important to provide care for others. Team Lemonade plans to do this by supporting people who struggle with addiction that do not have a home or access to general medical assistance. Their service aims to provide support during the road to recovery, re-insertion into society and employment, and tools to maintain a healthy future for patients post-rehabilitation.

Team G.O.A.T's project focuses on communities that are facing gentrification. They look at how community gardens can be used to preserve culture, hxstory, and reflect the change we want to see in our society. Their project, called “Cultivating Community!” functions as a class in SFUSD elementary schools that focuses on teaching young students how to grow and maintain their own garden and care for their crops.

Team Wavy plans to address the misconduct of police violence toward homeless individuals. With the use of community-based listening circles and resources from various mental health professionals/organizations, they aim to equip officers with the proper knowledge and tools to appropriately approach homeless communities in the Tenderloin and SOMA districts.

KAJN Persuasion's project, "Health is Wealth," aims to address the issue of food insecurity within the lower-income communities of San Francisco, particularly focusing on the lack of healthy food and dietary education. Their goal is to create a free website that includes services such as quick and healthy recipes, healthy eating tips, and information on local food pantries.

Rooted's project, Unity Through Love, plans to shine a light on how gentrification affects the K-12 educational system. With Brown and Black youth being disproportionately punished in the public school system, their goal is to reform punishments and encourage self-growth by using constructive conversations, peer counseling, and cognitive behavioral therapy.